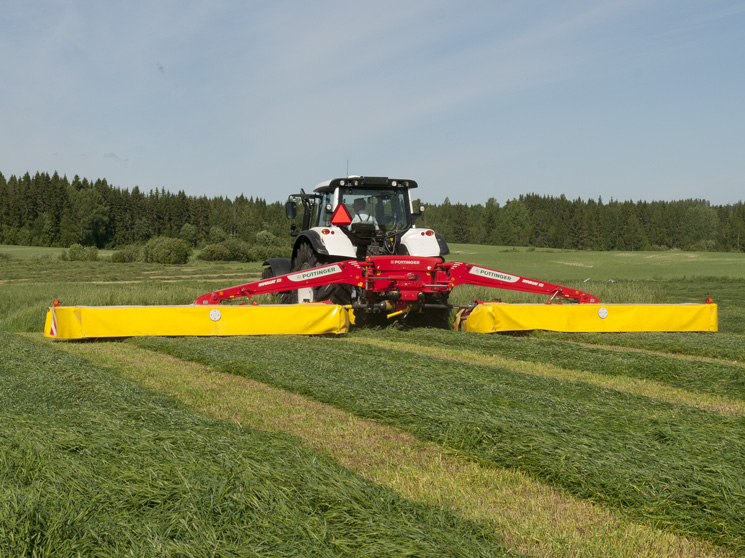 Pöttinger sets new standards in mower technology in terms of performance and efficiency. The new 'fuel saver' - the NOVACAT S12 - is the largest suspended mower combination in the world with a power requirement of just 160 hp for a full working width of 11.20 m. A comparison in the field with mower combinations already available on the market makes the advantages clear: 25 percent lower average consumption at the same time as 25 percent higher performance. The low power requirement of the NOVACAT S12 is thanks to its minimal weight to width ratio of just 175 kg per metre of working width. Taking advantage of an output of more than 12 hectares per hour becomes a joy with the NOVACAT S12 as a value for money champion.
Pöttinger has yet again lived up to its reputation in the market, the NOVACAT mower combinations are in a class of their own in terms of performance, efficiency and reliability.

Like the NOVACAT V10 and NOVACAT X8, the NOVACAT S12 is extremely manoevrable on corners. In order to guarantee optimum utilisation of effective working width, the NOVACAT S12 mower unit can be mounted at two different positions on the boom to match 3.0 m and 3.50 m wide front mowers.

Best possible ground tracking to protect the sward is the quality standard at Pöttinger and is delivered on the NOVACAT S12 mower combination in the form of hydraulic weight alleviation. A clearly visible pressure gauge is fitted to the mower frame and the ground pressure can be be adjusted progressively if needed using a double acting remote valve. One pressure setting gives the right alleviation to guarantee uniform pressure on the ground - the prerequisite for optimum forage and ground protection.

The centre pivot suspension on the NOVACAT S12 enables a freedom of movement of +/- 22 degrees. This provides an inside clearance of 50 cm at headland turns. In order to guarantee optimum utilisation of effective working width, there are two mounting positions to match either 3.0 or 3.50 metre wide front mowers. The mower unit is stabilised by a small cylinder to cancel out oscillation. This makes turning easier and ensures safety and stability at the headland and during transport.
The hydraulic collision protection system provides optimum protection to ensure the durability of the machine. Both mower units are protected independently.

During transport the mower is pivoted through 90 degrees to the rear using a double acting remote valve. The front guards automatically fold up hydraulically. This ensures a low transport height and width (only 2.20 m) for compact and safe transport of the mower. Wide during operation but compact during transport. Suitable lighting is provided as standard equipment. The mower can be parked in the working position or in the road transport position.

Operation is extremely convenient only one double acting connection is required for the whole machine. Individual unit lifting is standard and can be preselected using a rocker switch. The mower combination can be brought into the transport position at the press of a button and activating the remote valve. No lanyard is required. 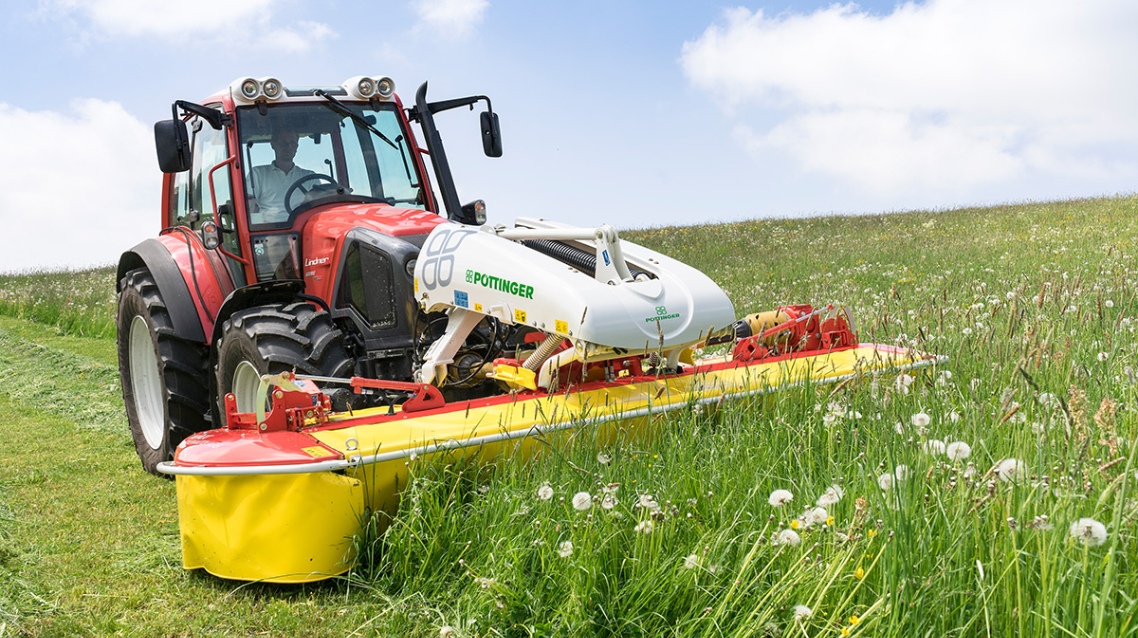 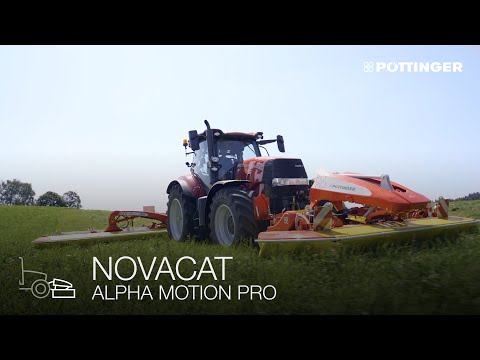 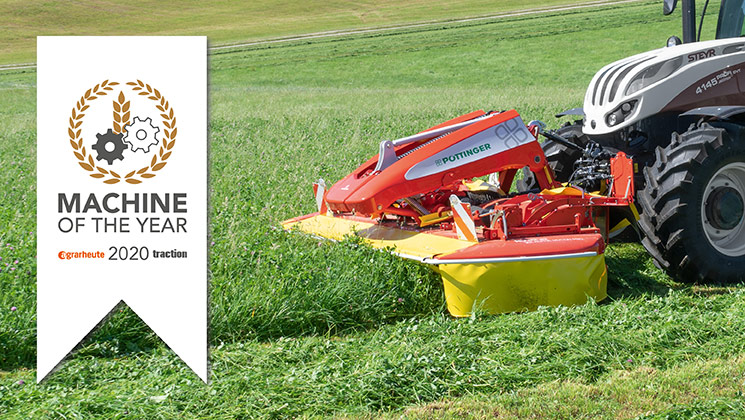 NOVACAT ALPHA MOTION PRO is „Machine of the Year 2020“

Second Award for PÖTTINGER at the AGRITECHNICA