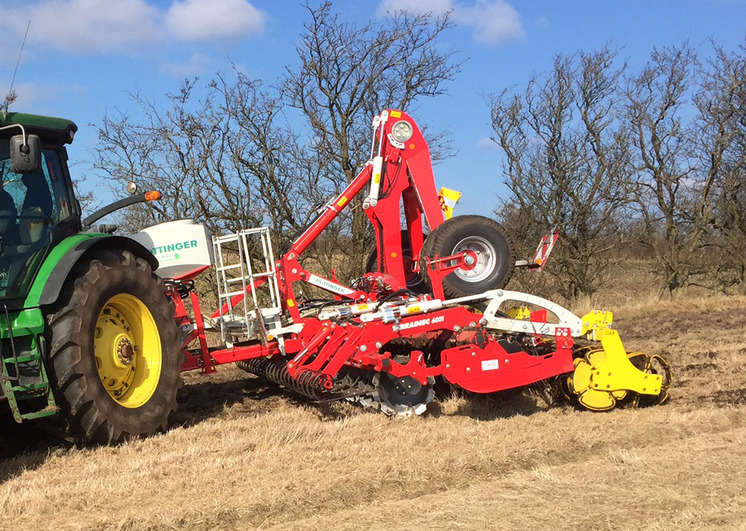 One of the largest contractors in Denmark and a PÖTTINGER customer of many years, Lindholm Maskinstation now relies on the latest stubble cultivation technology from PÖTTINGER. 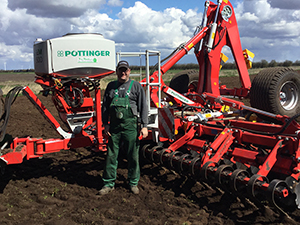 Flemming Hansen in front of his machine 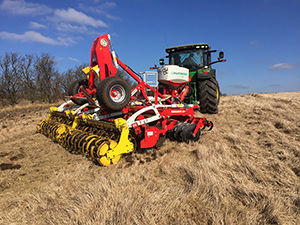 Owner Flemming Hansen is convinced of the output and reliability: "The aggressive angle of the discs and the Tandem CONOROLL rear roller ensure reliable penetration of the soil and a perfect finish with consolidated ridges. The high output of the 6-metre machine with the blockage-free and intensive mixing effect of the concave discs ensures perfect working results."

The TERRADISC Frontboard breaks up and levels the soil surface - especially in ploughed fields and on very hard soil - reducing the work required by the following discs and lowering fuel consumption as a result.

The Frontboard fitted ahead of the discs is now available for this model. Especially designed for ploughed fields, the Frontboard breaks up large clods and levels the soil surface. This means that the following discs have less work to do, which also saves fuel.

The Frontboard is adjusted hydraulically, independently of the rest of the tools, and the working depth is fixed by using swing clips.

The following versions are available and can be retro-fitted to all trailed TERRADISC models: 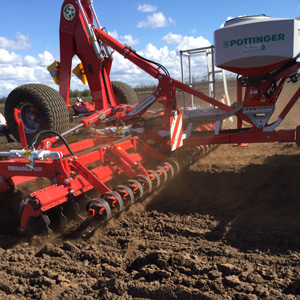 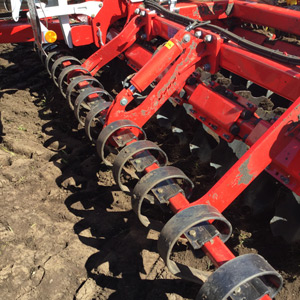 The Frontboard is adjusted hydraulically

Flemming Hansen also enthuses about the combination with the catch crop seed drill: "Fitting the TEGOSEM lets you cultivate the stubble and sow a catch crop in a single pass, saving time and fuel!"

In addition to the TERRADISC compact disc harrow, the contractor uses a number of other implements from PÖTTINGER. These include a TERRASEM C6 mulch seed drill, two NOVACAT V10 mower combinations, a TOP 1252 four-rotor rake, a HIT 10.11 T ten-rotor tedder and two JUMBO loader wagons. 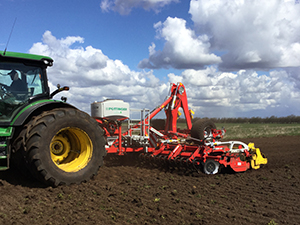 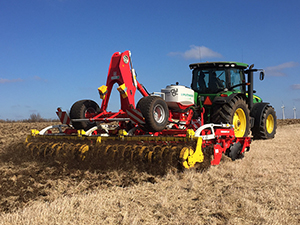 More information on the contractor: 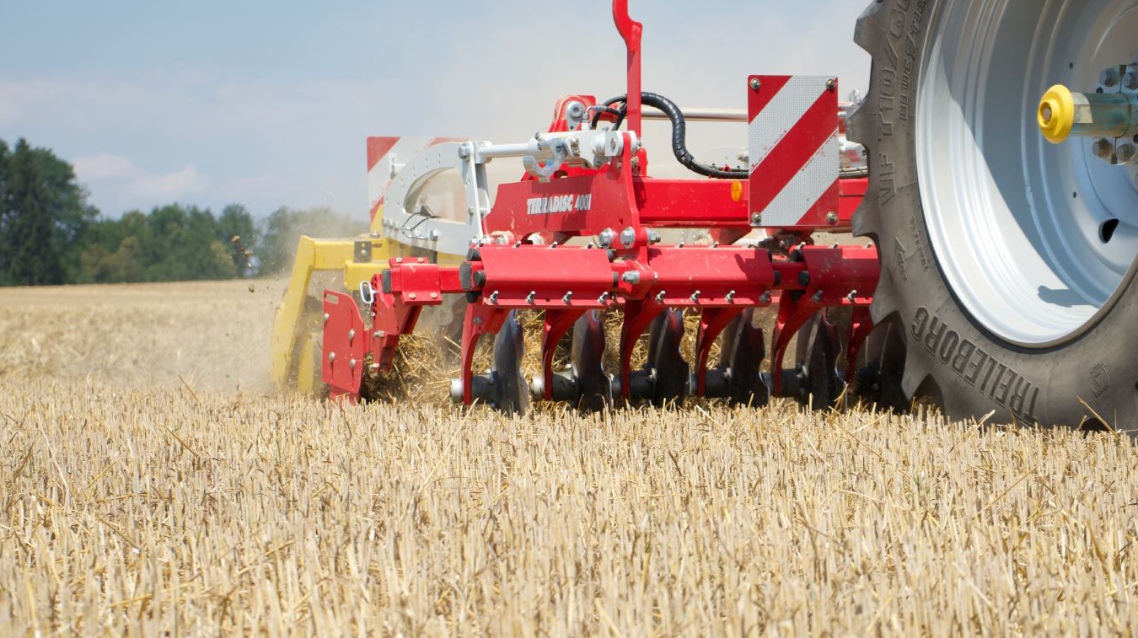 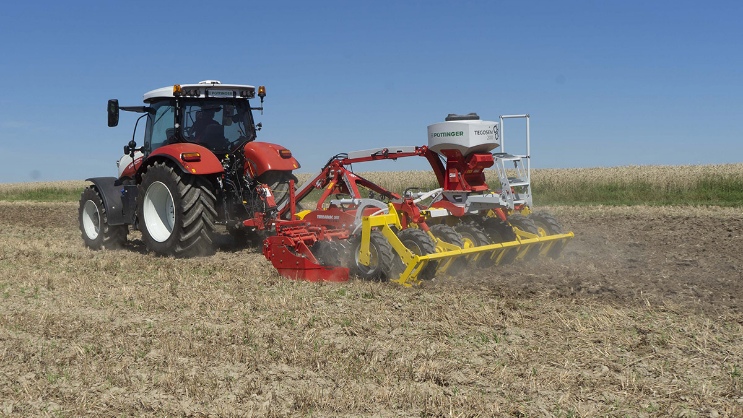 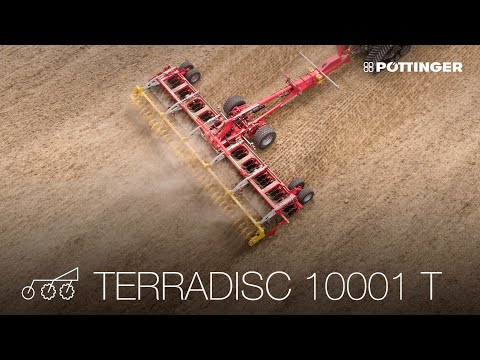 The specialist in shallow soil preparation