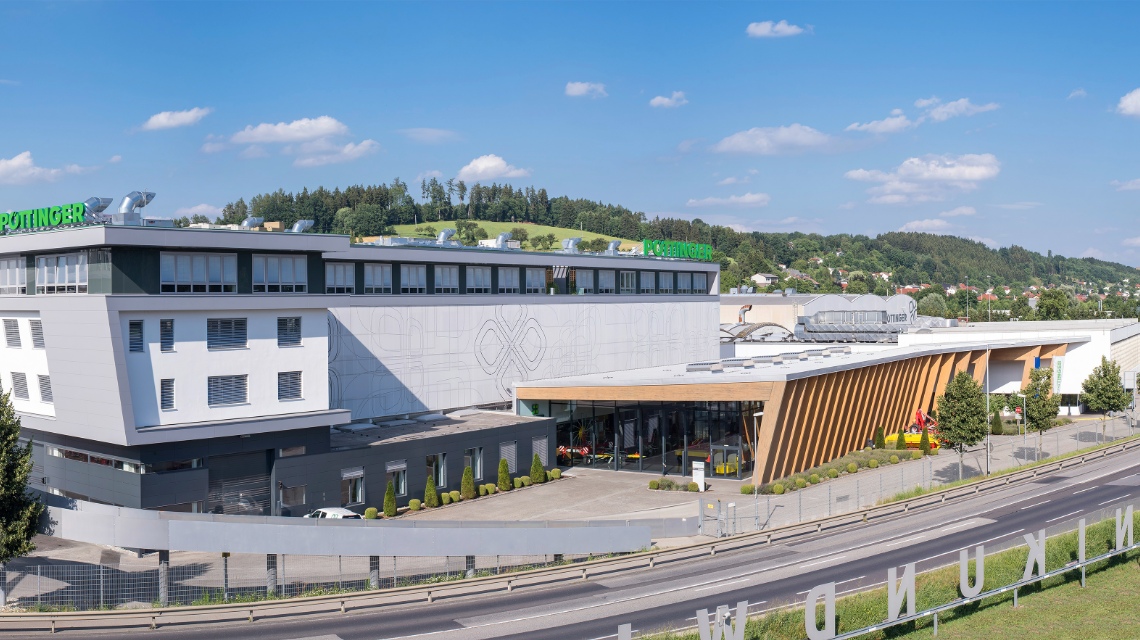 The Austrian family-owned company PÖTTINGER has once again achieved record turnover in the financial year 2021/22: during another challenging business year (01 August 2021 to 31 July 2022), turnover increased by 25 percent to EUR 506 million. This represents an increase of a staggering EUR 101 million. This is by far the highest increase in turnover in the company's history of more than 150 years. PÖTTINGER does not do things by halves, but passing the half a billion mark is still very pleasing for the agricultural machinery manufacturer's 2,017 employees worldwide. The export ratio of 91 percent remained steady at this high level for many years.

This rate of growth in such challenging conditions was due to a number of factors: the culture of working together for productive and innovative interaction among the company's employees and distributors in Austria and all over the world, larger machines and new machines (e.g. the new crop care range) as well as innovative solutions in the digital agricultural technology sector. Measures were implemented in good time to expand manufacturing capacities and optimise processes. Regional investment and value creation are the key factors here. The company has succeeded to a great extent in mitigating the effects of broken supply chains by working in partnership with supplier firms and focusing procurement processes on the European region. The main reason for this success was, of course, the ongoing positive development in demand for modern agricultural machinery by farm businesses. "Everyone needs agriculture" is the motto that PÖTTINGER has been committed to for decades to give farming and the people behind it the recognition they deserve. It is increasingly apparent that food supplies cannot be taken for granted. That is why it is necessary to create awareness for the farms that provide a supply of high quality food. PÖTTINGER supports them with machines and services that make their work easier and enable them to work sustainably and cost effectively.

In terms of machine sales, grassland equipment again performed very well, accounting for the largest share of turnover at 67 percent. In the loader wagon segment, where PÖTTINGER has been the world market leader for many years, the company not only achieved enormous sales growth of almost 13 percent but also won the FARM MACHINE 2022 award for the new model of JUMBO.

The share of arable equipment in machinery sales is 33 percent and results from the success of intelligent machines for soil cultivation and seed drill technology, as well as the new crop care segment with the newly launched products FLEXCARE and ROTOCARE.

Another pleasing development was recorded by the Original spare parts business unit. The increase of around 12 percent is primarily attributable to the capabilities of the spare parts logistics centre, the Service team and the long-term availability of spare and wear parts.

PÖTTINGER's path of success began more than 150 years ago in Grieskirchen (AT). The company has always remained true to its roots and to Austrian agriculture, something that is very much appreciated by local farm businesses. In the past financial year (2021/22) - with enormously high market shares - the share of total turnover was once again substantially increased: It amounted to an encouraging 9 percent, which means that Austria is still in third place among the countries with the highest sales.

Business outside Austria also developed very positively in the past financial year, despite the pandemic and the war in Ukraine affecting different regions in different ways: The export ratio was 91 percent. Almost 60 percent of total turnover was achieved in Germany, France, Austria, Poland, USA and Switzerland. The largest individual markets are Germany with almost 18 percent and France, which accounts for almost 15 percent of turnover. It is pleasing that continued growth was achieved in both markets over the past financial year.

Other winners that stood out in terms of increase in sales of machines included the markets in the USA (+75 percent), Canada (+29 percent) and Australia (+34 percent). In several European countries such as Belgium (+52 percent), Poland (+36 percent), and Sweden and Denmark (each just +35 percent) demand has risen sharply.

A major contribution to the enormously positive international development of the company was made by the 17 sales locations worldwide and the five production plants in Europe. On average, 2,017 people from 36 different nations were employed during the past financial year, compared with 1,929 in the previous year. This also shows the international orientation of the company and its understanding not only of the different cultures, but also of the various requirements placed on agricultural machinery in each country.

Ultimately, it is the people who promote the famous PÖTTINGER spirit that optimise processes and give their best at the company's locations in Austria and all over the world. They are provided with the best possible support thanks to targeted investments. At the Austrian headquarters, as well as at the seed drill technology plant in Bernburg (DE) and the competence centre for tillage equipment in Vodnany (CZ), investments are continuously being made in automation systems and the latest technology. The second expansion phase is progressing well at the new baler and rake plant in St. Georgen, not far from the headquarters in Grieskirchen (AT). The new painting line is scheduled for completion in January 2023. The plant in Stoitzendorf, Lower Austria, from which the crop care machines have been sourced since August 2021, has also been expanded by a further 1500 m² due to their great success. The third phase of the TIZ Technology and Innovation Centre, where PÖTTINGER tests its machines under the toughest operating conditions, is already taking shape and is expected to open in December 2022. In northern Germany, the new sales and service location in Hörstel offers more space for building customer relations and partnerships. In keeping with the times, the topics of sustainability and conserving resources are always at the centre of expansion work on manufacturing plants and sales locations.

The financial year 2021/22 saw PÖTTINGER achieve a healthy increase in turnover despite the difficult prevailing conditions. "In the end, our expectations were indeed exceeded. A challenging and demanding year with unforeseeable events is behind us, and another one is certain to follow," says Gregor Dietachmayr, Spokesperson for the Management Team, on the successful result. "Flexibility, intensive work, the above-average commitment of the entire PÖTTINGER team and the consistent pursuit of shared objectives have paid off."

Other building blocks contributing to the agricultural machinery manufacturer's success include innovation, digitisation and focusing on the needs of the market, such as cost effective harvesting methods, high output machines, convenient operation, conservation of resources, and much more.

PÖTTINGER sees the high market prices of agricultural products as an opportunity, while, on the other hand, high energy prices look as though they will have an impact across the board. It will be important to keep a close eye on these factors during the coming year. That being said, the great success in the past financial year provides a solid basis for ongoing future growth.

Looking ahead to the coming year, we expect to remain under pressure from the stressed supply situation. Together with our dedicated team, we will continue to make our contribution to ensuring the supply chain of high quality food from farmers to the population," says Gregor Dietachmayr, firmly convinced, because "Everyone needs agriculture!". 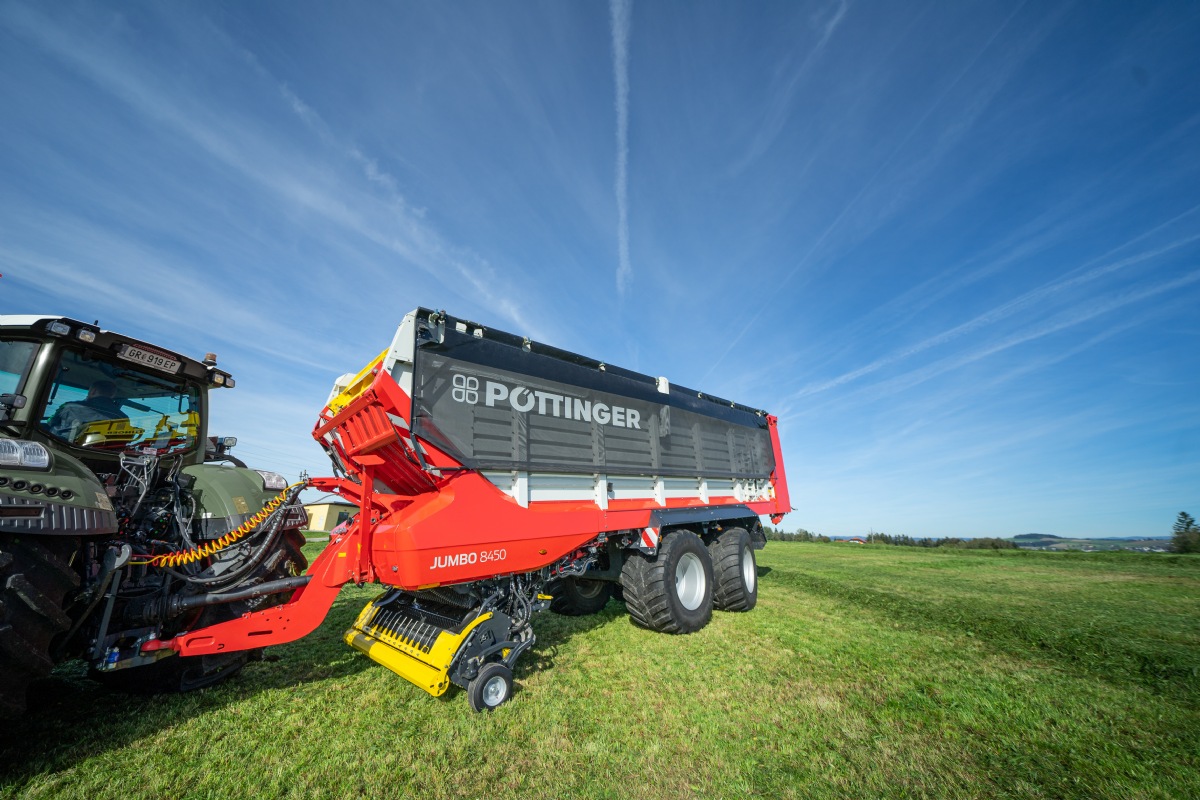 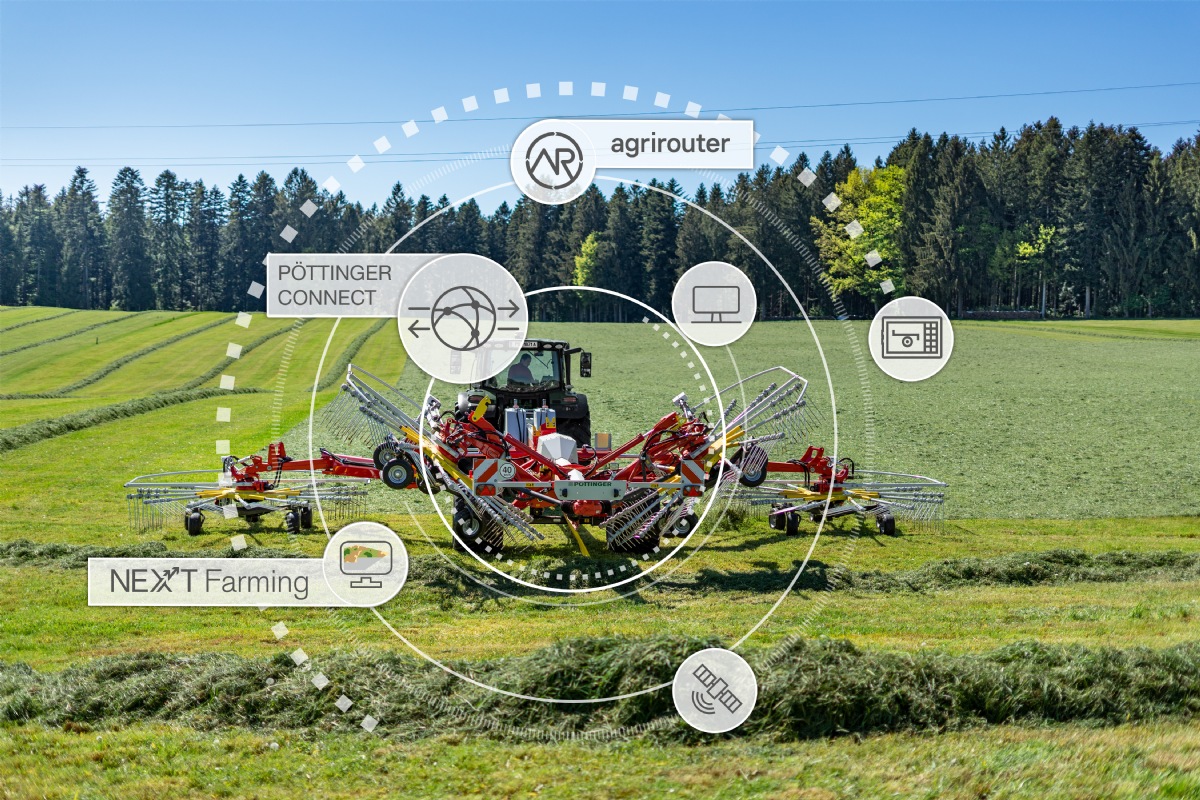 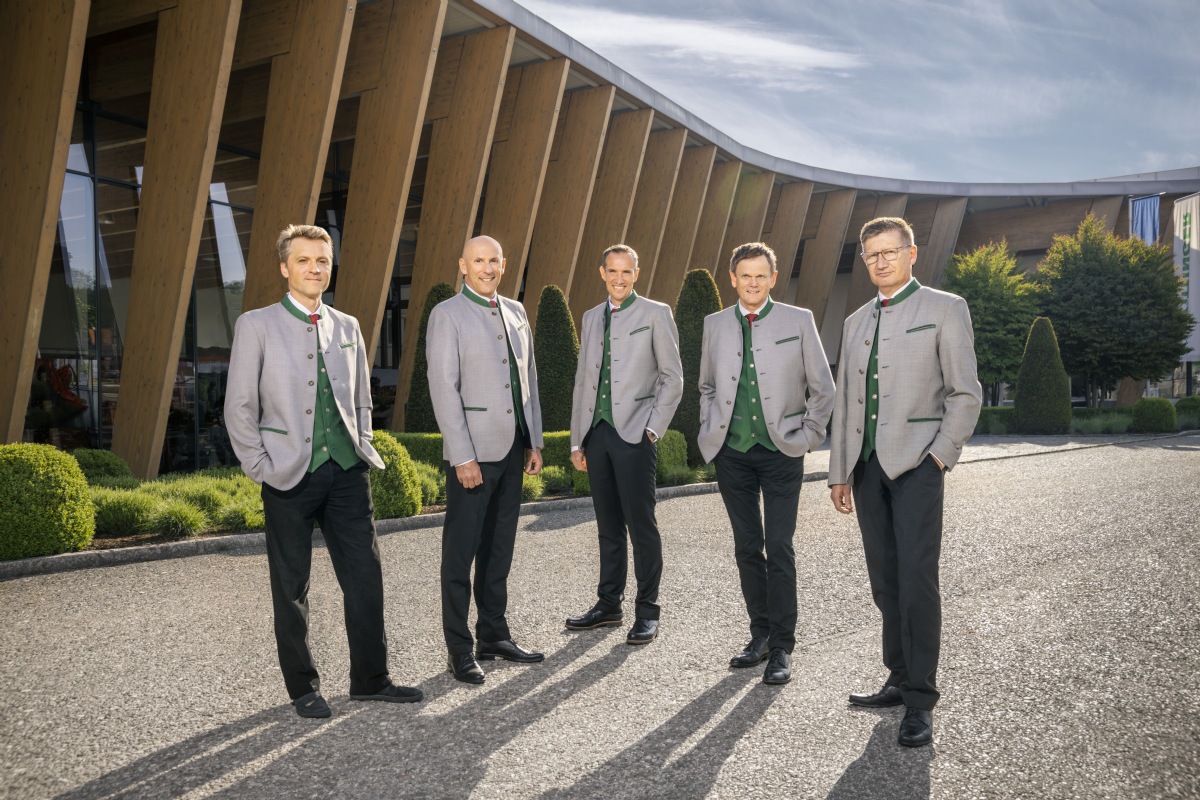 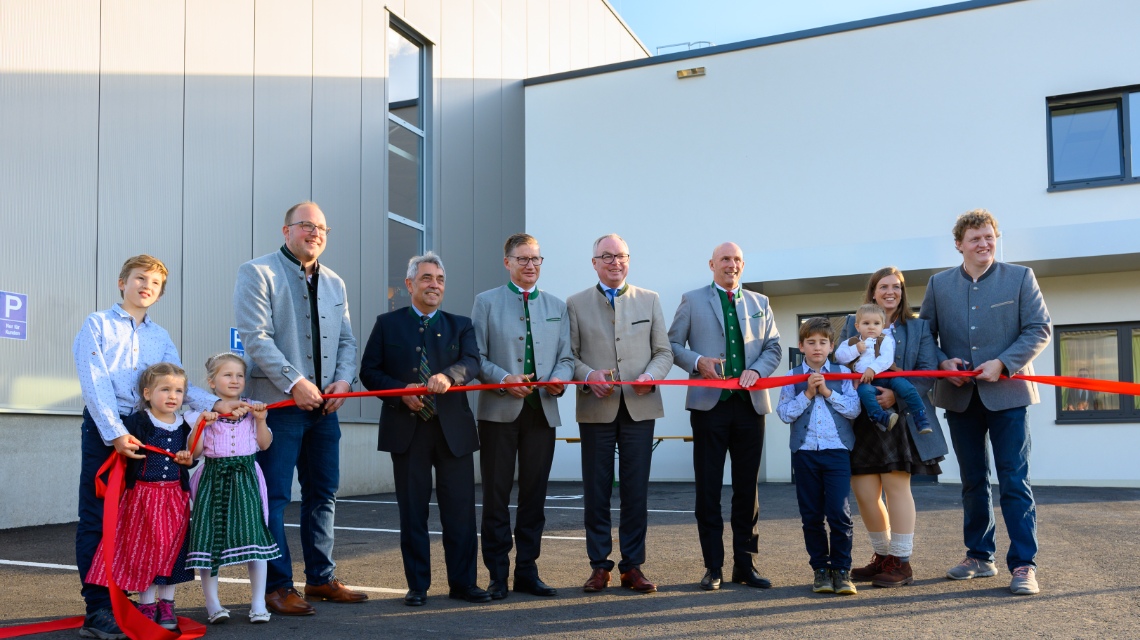 PÖTTINGER: Plant expansion in Stoitzendorf (AT)

The third manufacturing site in Austria 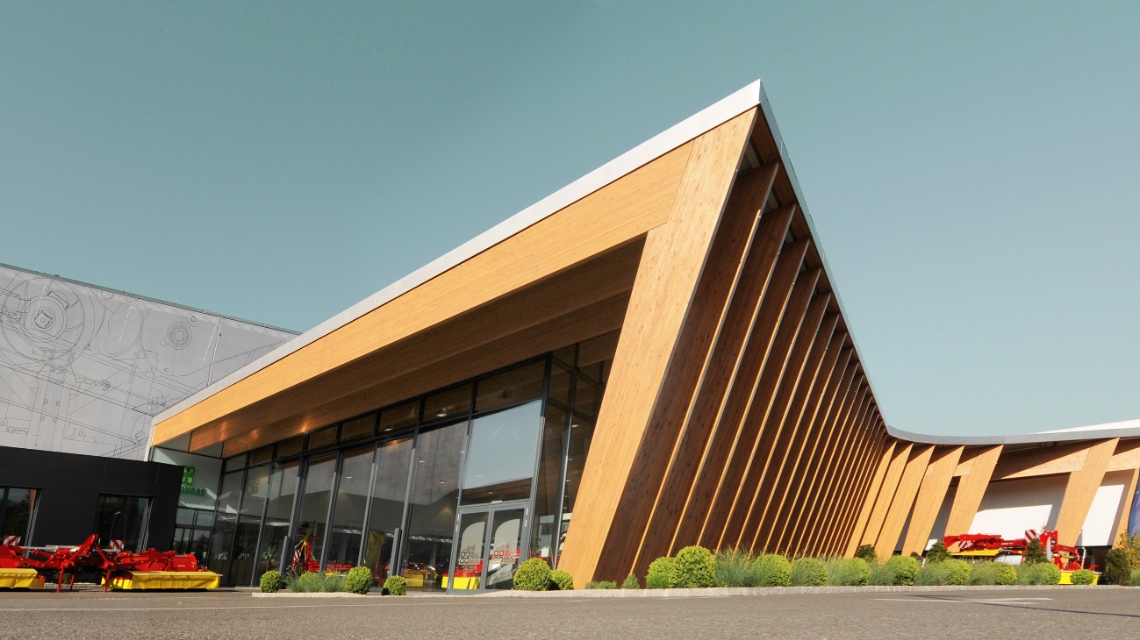 PÖTTINGER Scandinavia continues on the upswing