Because the belts can be pivoted separately, maximum flexibility during swath formation is guaranteed. For example, operation with one belt down and the other belt up forms a wide centre swath, making it even possible to form a swath when mowing the outer pass along the edge of a field. Thanks to the integrated conveyor belt monitor, mower blockages due to the cross conveyor belts not being switched on are avoided: an acoustic warning signal indicates that the conveyor belts are not switched on while they are in the working position.

The optional accelerator roller can be mechanically height-adjusted to regulate the swath width to form narrow, compact swaths, even with high volumes of forage. This increases the service life of the conveyor belt and optimises its efficiency. A swath comb is also available as an option for operating the COLLECTOR belts to one side. This enables compact swaths to be formed on one side only.

As an option, a Power Control terminal is available featuring automatic functions as well as load-sensing as standard. Because all functions are controlled by ISOBUS, the mower can be operated directly using the control terminal. When used with certain John Deere and Fendt tractors, the working width is controlled automatically using the tractor's steering angle signal. An electronic speed regulation system is also available for controlling the speed of the cross conveyor belts. On slopes, this system can be used to increase the speed of the cross conveyor belt facing down hill.

The NOVACAT A10 COLLECTOR can be used as a front/rear combination (headstock for 3.0 or 3.5 m front mower) and is extremely versatile. A hydraulic shift range of 400 mm on either side ensures ideal overlap and perfect mowing quality. The optional automatic working width adjustment uses the tractor's steering angle signal to automatically adjust the overlap of the mowers when cornering. This makes sure that the maximum working width is used without feathering. This system requires ISOBUS and a tractor that outputs a suitable steering angle signal such as the John Deere R series or a Fendt with Vario Guide.

The high ground clearance from 37 to 55 cm guarantees rapid turning times at the headland and no forage contamination, since the swath remains intact when it is driven over by the tractor. In addition, the new Y DRIVE driveline and the hydraulic NONSTOP LIFT collision safety device on each side are also unique.

Y DRIVE – the driveline for the new generation

The special Y DRIVE input gearbox with bevel cut gears features an output shaft on the opposite side. This has the advantage that longer standard PTO shafts can be used with less of an angle in operation. The backlash-free driveline using standard PTO shafts has been made possible by locating the overload clutches at the gearbox and by optimising the gear ratios. A constant velocity joint in the inside mower drum provides a stress-free link between the angular gearbox and the cutter bar.

The result is a smooth running system that offers a higher output, even in tough conditions and in the headland position. This also extends service life significantly.

NONSTOP LIFT is an innovative technology that offers the best protection to the cutter bar. Fitted on both sides, the collision safety device enables the cutter bar to avoid obstructions efficiently. The boom is mounted on gimbals and is hydraulically preloaded by a triangular arm making it a special feature. The triggering pressure is displayed at the pressure gauge and is easily adjusted. When triggered, the boom folds backwards on the triangular frame and is simultaneously raised at the front by the gimbal - a three-dimensional collision safety system. The mower avoids impact with the obstruction so that damage to the cutter bar is prevented at higher driving speeds. 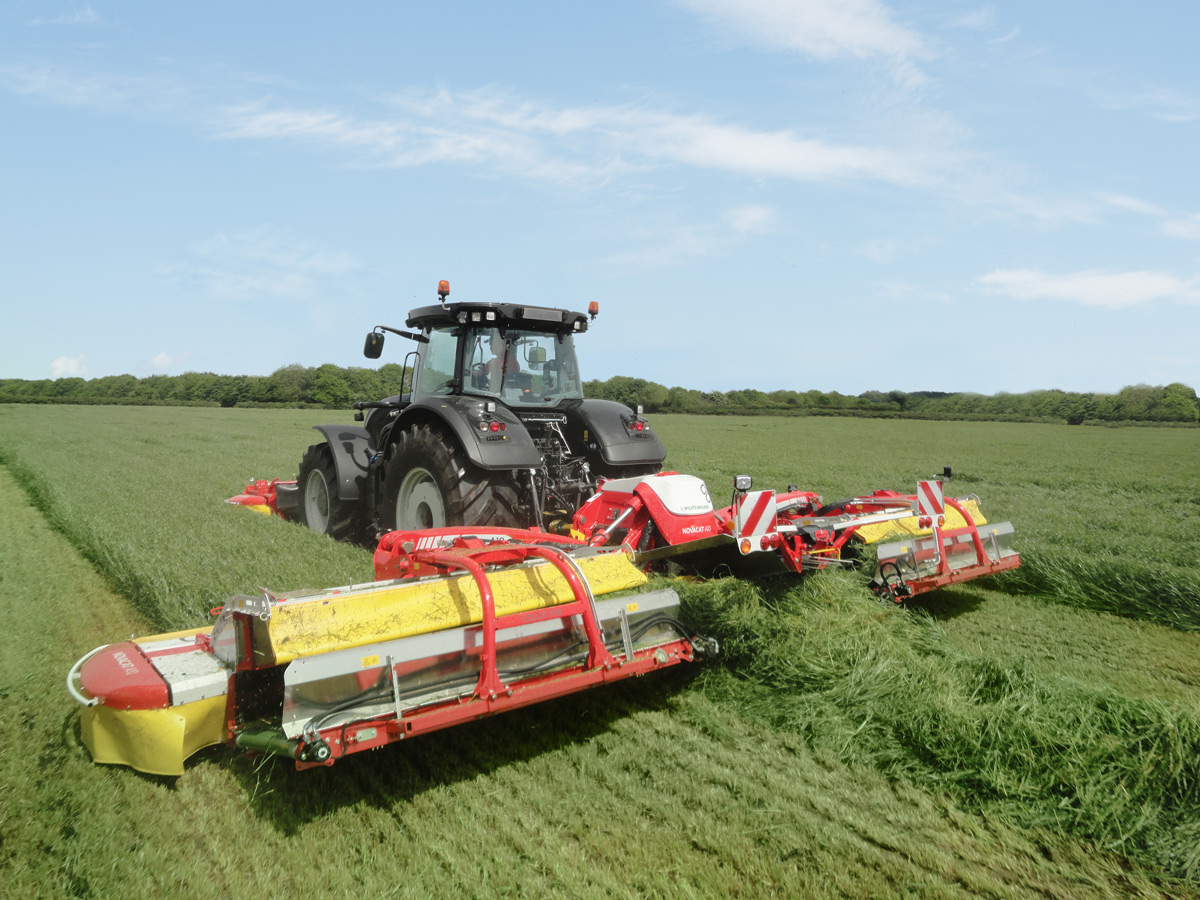 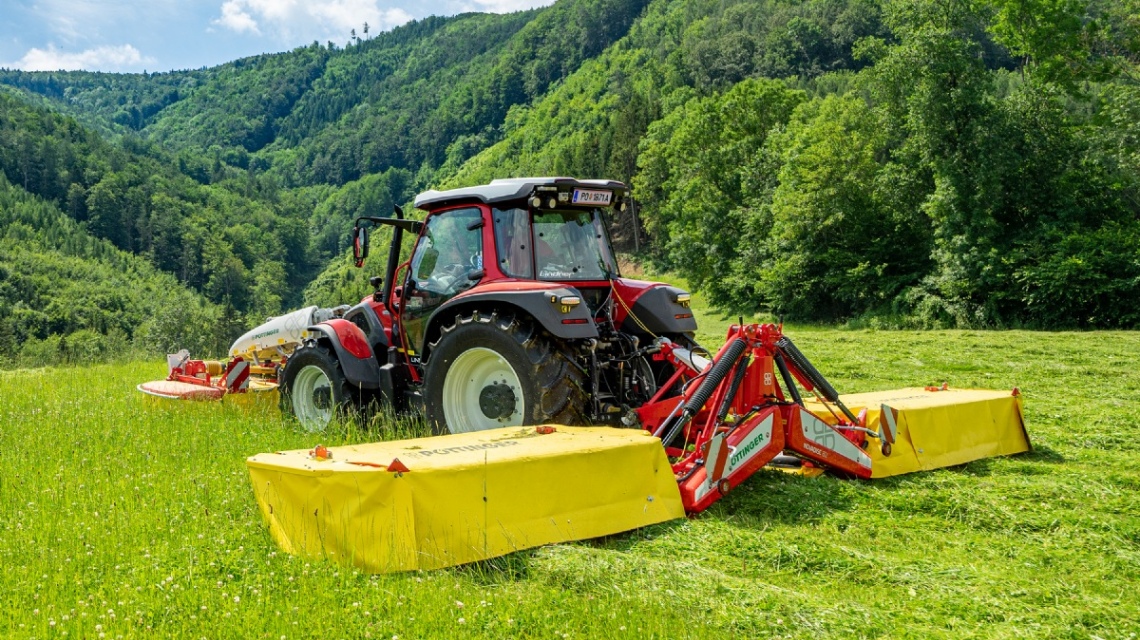 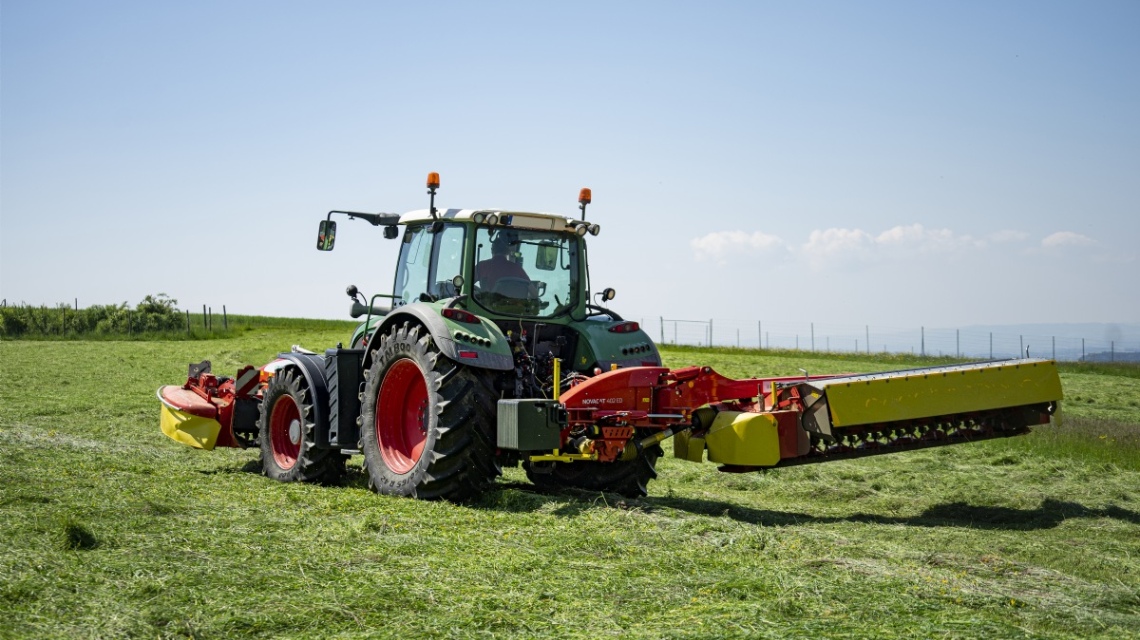