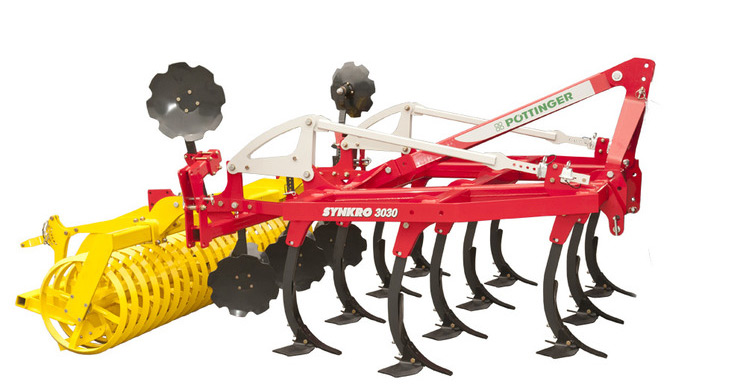 These days, cultivators are universal soil preparation implements. They are suitable for shallow stubble cultivation following harvesting, as well as for deeper tillage, having meanwhile replaced the plough on many farms. The work quality of a cultivator depends largely on the shares and the rear roller.

Soil profiles were created and the work results analysed in detail during a joint study together with the independent Institute of Education and Research in Wieselburg (AT). A newly developed 3D soil scanner was implemented to help reveal the results. The study highlights the advantages of the SYNKRO 1030 with eleven tines over a working width of 3.0 metres compared to the competition with only ten tines.

The results speak for themselves! 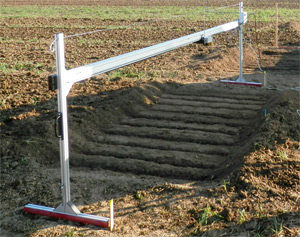 Two cultivation scenarios were analysed during this study: 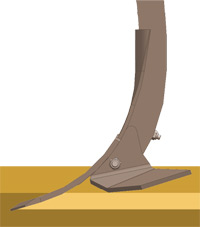 share point penetration
The angle between the share point and the wing is very low on the PÖTTINGER share, so it does not dig up moist soil that is important for retaining water reserves in the spring.

The working depth of the wing at 6 cm cuts through the soil at a consistent level and produces uniform surface mixing. It is important that cultivation is shallow and uniform to ensure that lost grain and weeds can germinate quickly.

The standard version of this cultivator has a working width of three metres and is fitted with eleven tines. At a working depth of six centimetres (underside of wing) the point runs at seven centimetres, resulting in hardly noticeable marks by the share point, as shown in the scan.

With its eleven tines and a tine spacing of 27 cm, the PÖTTINGER SYNKRO cultivator moves the whole surface. More tines mean better mixing intensity and a perfectly level surface. The higher number of tines ensures finer crumbling and smaller clumps. As a result, harvest residues are worked into the soil and mixed more evenly.

The competition has a working width of three metres with ten tines. With the working depth of the wings also set to six centimetres, the penetration of the share point is much deeper, running at a depth of ten centimetres. The difference can be seen in the soil scan:

The greater penetration of the points causes deep grooves which the rear roller is unable to reconsolidate. This causes moisture to collect in the cavities, which become a breeding ground for pests such as slugs and mice – farmers here refer to this as a  slug autobahn. In addition, lost grain and weeds do not develop as uniformly or as soon. The deep points rip up damp, sticky soil, which can then cause mud to form on the surface. 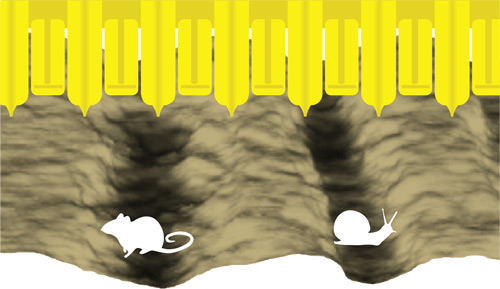 If you are looking for an alternative to conventional primary tillage, a PÖTTINGER SYNKRO is an excellent choice.  As a replacement for the plough, a cultivator can work at a depth of 15 to 30 cm. The exact depth depends on the previous crop, soil moisture and the next crop.  The soil is actively protected against erosion and harvest residues are not buried but mixed in properly to provide ideal conditions for aerobic degradation.

To compare deep tillage results, the two cultivators were set to a working depth of 22 cm and the wings removed from the shares.

Thanks to the cultivator being fitted with eleven tines over a working width of 3 metres, the soil is completely broken up. The vertical mixing of harvest residues is also uniform throughout the whole working depth. Ten percent more tines produce ten percent higher mixing intensity over the whole working depth. The rear roller then provides uniform consolidation. The cultivated area has a uniform and level soil surface. The higher intensity of the cultivation ensures a finer and more uniform structure.

The result with ten tines over a working width of three metres is insufficient. The soil is not moved right through and remains untouched in places, resulting in poor conditions for the next crop.

The independent test clearly shows the advantages of eleven tines in relation to the working quality. The PÖTTINGER SYNKRO provides a perfect range of adjustment from the share point to the wing. 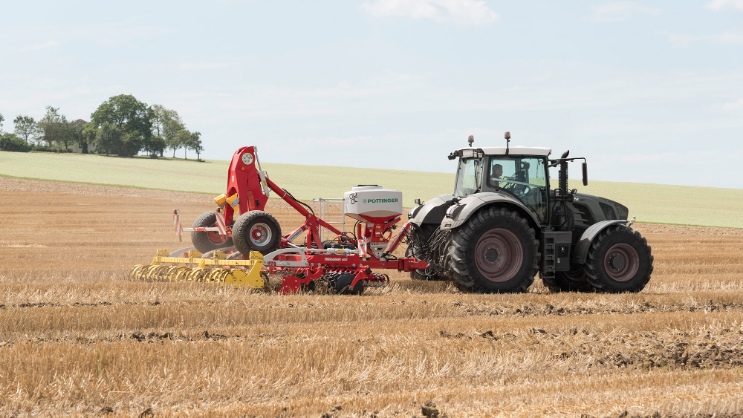 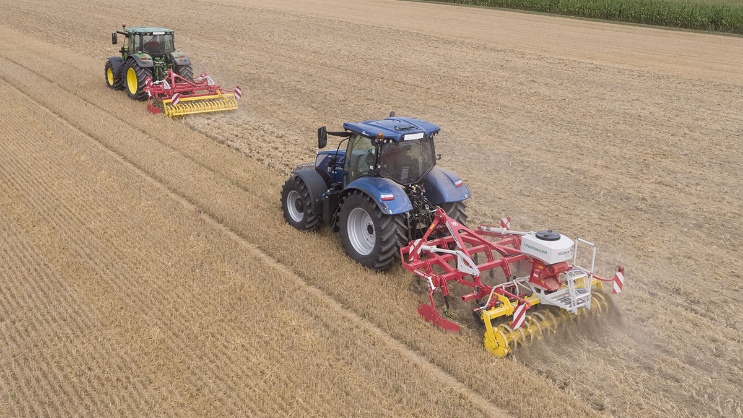 Precision and efficiency with SYNKRO and TERRADISC 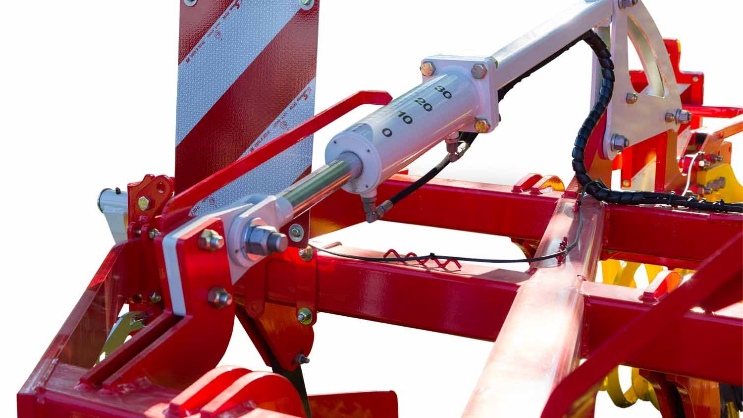