At PD Smolinské in the Senica region of northwest Slovakia, a JUMBO 6600 L loader wagon is already in its eighth successful season. Another JUMBO 10010 L combiline was added to the fleet in 2011. The business also owns a wide range of Pöttinger machines for grassland harvesting: two NOVACAT 305 H CRW disc mowers, a EUROTOP 651 rake and a EUROHIT 61 N tedder. For tillage they are considering buying a TERRADISC 6000 T harrow and SYNKRO 5030 T stubble cultivator. They successfully tested both machines during the 2012 season.

The association farms around 1560 hectares of arable land with wheat and rapeseed. Other crops are mainly grain as well as lucerne, clover, maize and sorghum as forage for livestock production and for the biogas plant. The biogas plant has an output of 1 MW and is already in its second year of operation.

"We are highly satisfied with the reliability and performance of the Pöttinger machines - they deliver fast, smooth and efficient operation. Following mowing, tedding and raking we bring everything in using the loader wagon. The JUMBO especially doesn't have a moment's rest between May and September. The first cut at the end of April is used entirely for silage. Then we plant 130 hectares of lucerne, followed by clover and a winter mixed crop. The second cut in June also goes into silage production while with the third cut we make hay. The JUMBOs transport 80 percent of the silage, then they are used to bring in the straw before handling around 65 percent of the maize silage. We produce between 15 and 17 thousand tonnes of maize per year on 550 hectares", reports Vlastimil Klimeš (Ing.), managing director of PD Smolinské.

The combined loader/transporter JUMBO 10010 L combiline with Tridem chassis was purchased primarily for the biogas plant. "We were looking for a versatile machine", says the managing director, "The solution was the JUMBO 10010 L combiline: it is cost-effective because we save on diesel and wages. This year we used it to chop straw as well. This is a huge advantage because the chopped straw is more absorbent as bedding and is also more suitable for the biogas plant."

"The JUMBO combiline delivers an excellent output, particularly when the field is wet, and it works very well on hilly terrain. The tridem chassis provides optimum protection for the ground and is highly manoeuvrable thanks to the hydro-pneumatic suspension with automatic levelling", says the mechanic Štefan Jurkovič. 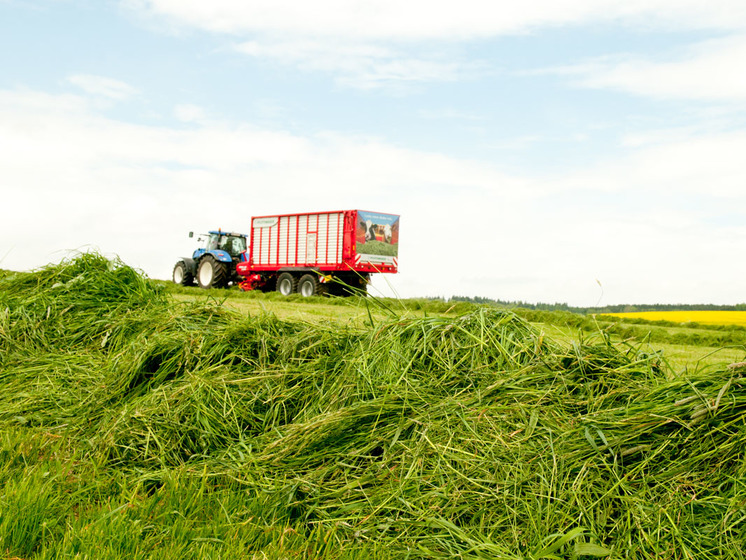 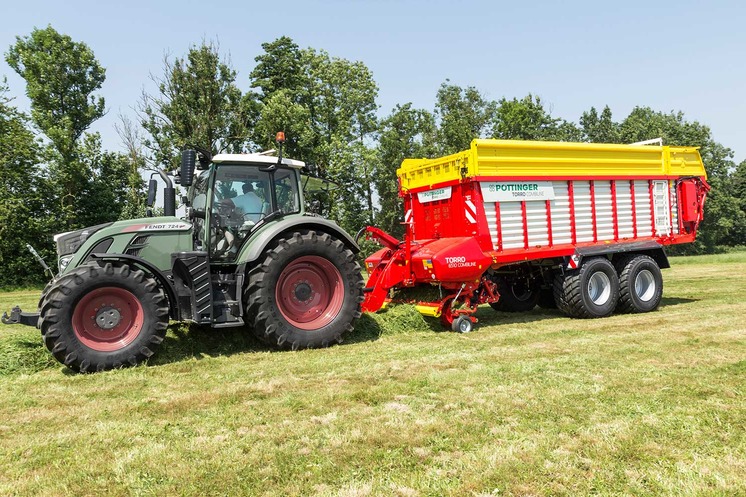 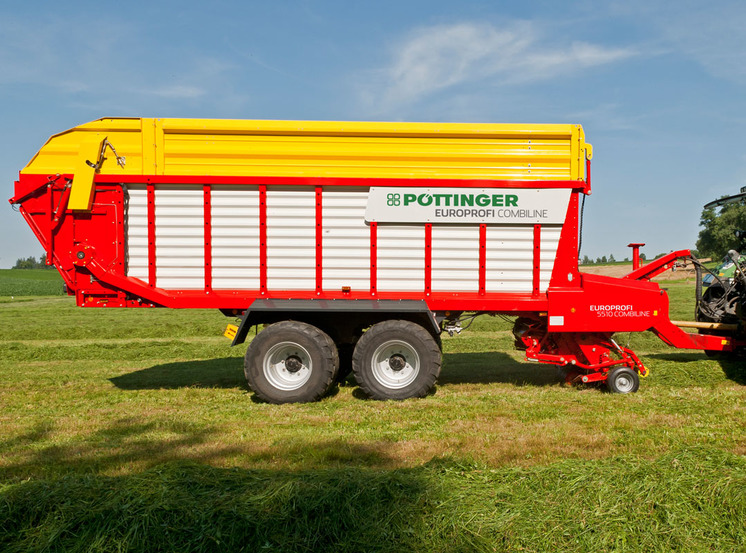